when i was little, i was pretty convinced that chicken liver was called buffalo meat, and that it did in fact come from the flesh of buffalo.
i could have sworn my mom told me that, but now i know how apt children are to make stuff up and to be kind of dumb, so, maybe i was wrong.

i guess early exposure to this distinctive meat flavour and texture made me not hate it as a youngster, love it as an adult, and adore/want to marry it as a nutritionist. it's like, the best thing you can eat, by a long shot, for iron and b vitamins. it's also low in fat, and in my opinion, a dry yet creamy, inexpensive meat. also, the easiest thing to cook, ever:
fry sliced cooking onions in canola oil. add chicken livers. cook until brown, inside and out. done.
i had my buffalo meat with a HUGE green salad, some tomatoes, pickle, and a half a pita.
ooooh give me a hoooome! 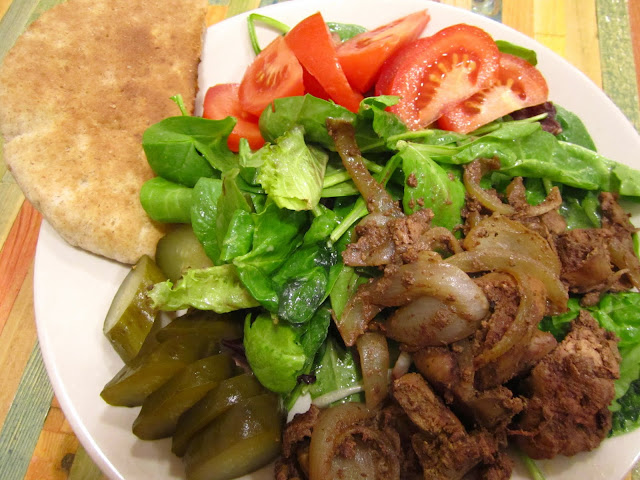